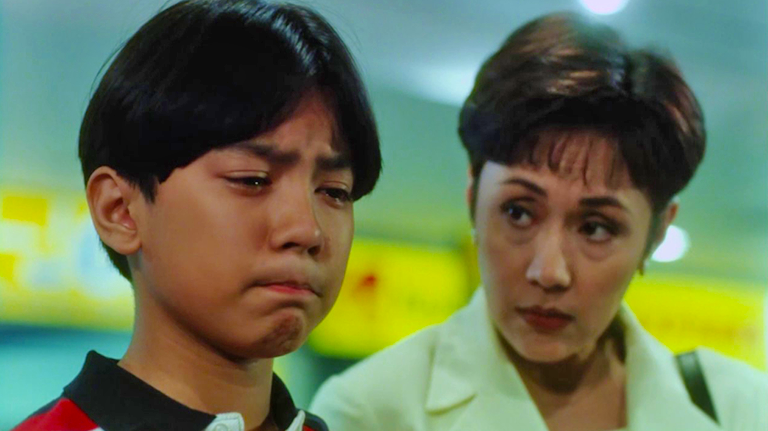 Films about motherhood appeal to a wide audience with the demographic almost unlimited. These films are instant classic not only because of its production value, but because they tackle timeless tales and universal themes.

We’ve rounded up ten of the best Filipino films to watch this Mother’s Day. Have a box of tissue ready!

Directed by Olivia Lamasan and Screenplay by Ricky Lee

“The loving and nurturing Mariel (Sharon Cuneta) marries Edward (Christopher De Leon) after his first wife abandons him and their three children (Claudine Barretto, Patrick Garcia and Camille Prats). Mariel strives to win the acceptance and affection of her new stepchildren, even as she tries to define her role in the family. Directed by Olivia M. Lamasan, this provocative film explores issues of love, trust and what it means to be a family” (via Rotten Tomatoes).

“An unstoppable mother of twelve children gets a job at the presidential palace and ends up in the public eye after unwittingly saving the president’s life. She gets thrust onto the national stage, and soon finds herself running for president, charming the country with her own unique brand of mother wisdom” (via IMDB).

“Revealing beauty to be more than just skin deep, Babyruth Villarama’s documentary “Sunday Beauty Queen” shows Filipino domestic helpers in Hong Kong finding fulfillment through beauty pageants. Tracking the lives of five women over an on-off period of four years, the film begins with a generalized overview about foreign workers’ unfair conditions, but finds its own groove at the climactic event, which transforms them in a glamorous new light. Hard-hitting exposé this isn’t, though the filmmaker’s solidarity with her subjects is obvious” (via Variety).

“The main character is a Filipina Overseas Contract Worker, one of the many residents of the archipelago who is forced to leave her family and take a higher paying job in a more prosperous Asian country. While she is working her employer refuses to let her take a vacation, nor does he deliver her mail to her. She is unaware, therefore, that her husband has died. When she finally returns to the Philippines she is met with resentment and hatred by her children. The movie studies how she overcomes these feelings and rebuilds the relationship with her family” (via IMDB).

“Are maternal skills learned? That’s the question posed by actor Eddie Garcia who made his directorial comeback with this domestic drama, which won several acting awards for Lorna Tolentino. The conflict between Estella and her mother-in-law Miling (Alicia Alonzo) isn’t entirely new. The added dimension here is that Estella is illiterate, dismissed by Miling as useless and dumb. Miling manages to even turn Estella’s own children against her, pushing a determined Estella to teach herself and fight for her own family (via ABS-CBN).”

Love what you're seeing?

“The film told the story of the very controlling Shirley, who, after working as a librarian nearly her entire life, faced problems that made her want to start a new life with her estranged son Mark, who lives in New York.

Later on, she discovered that her son was living with his lover Noel, who is an illegal immigrant. Despite showing rather terrible behavior towards him, he tried to endure her in every moment that he spent with her.

Everything was going well until the untimely death of Mark. Shirley returned to the Philippines, before realizing how unhappy her life was. She bravely made a decision to make a return to the Big Apple, saying that it would give her the joy that her heart truly desired” (via Star Cinema).

Stream and watch via Amazon/Apple

“It is an official entry to the 1990 Metro Manila Film Festival. It is a story of a woman activist (Aunor), who goes to the mountains to search for her husband who has been killed by the military. She leaves her baby with her best friend, an apolitical middle-class woman. When she comes back to claim her baby, now a grown-up boy, her fight for custody also becomes a search for truth and motherhood in an oppressive society which relentlessly destroys one’s humanity” (via Wikipedia)

“A transgender sex worker in her late 40s along Fields Avenue whose only aspiration is to have breast implants for her profession unexpectedly assumes the role of a mother to her orphaned niece, a transgender youth who is only beginning to discover her own sexuality. As she works more shifts to save for her implants, troubles arise when she begins to feel the weight of her struggles – being an aging sex worker in fast-evolving society, a partner to her young fiancé, and a parent to a teenager she just met. Her difficult confrontations eventually lead her to a new attitude towards life, and a unique recipe to a famous Kapampangan dish, Sisig.” (via IMDB)

READ: 10 Bicolana Bosses We’re Nominating For a Role as Darna

“This is an indie film about Medy (Pokwang) who became an illegal immigrant in the United States and her struggles as she achieves legal status. The film deals with what the OFWs go through in the United States. This is the first film produced by The Filipino Channel and distributed by ABS-CBN International and Star Cinema” (via Wikipedia).

For any woman to have two children from two different men is an ordeal, but women’s rights advocate Lea (Vilma Santos) is not just any woman: she possesses a liberal outlook and an unparalleled affection that enables her to properly raise her kids Ojie (Carlo Aquino) and Maya (Serena Dalrymple). Although her children’s fathers find madness in her methods, they pretty much let Lea have her way of doing things as far as their children are concerned. But Lea, Ojie, and Maya find themselves at crossroads when the fathers propose taking their respective kids with them. Although it pains Lea to be parted from her children–and she knows that the law can speak on her behalf–she is aware that her kids need their fathers, so she makes an unorthodox decision: makes her kids decide on whom to go (via IMDB)

Coring (Dolphy), a gay beautician, is left with a baby by his former ward, Dennis (Philip Salvador). The baby grows up (the boy is played by a very young Niño Muhlach) thinking that Coring is his real father. Everything seems to be smooth until the kid’s mother (Marissa Delgado) suddenly shows up to claim her son (via IMDB) 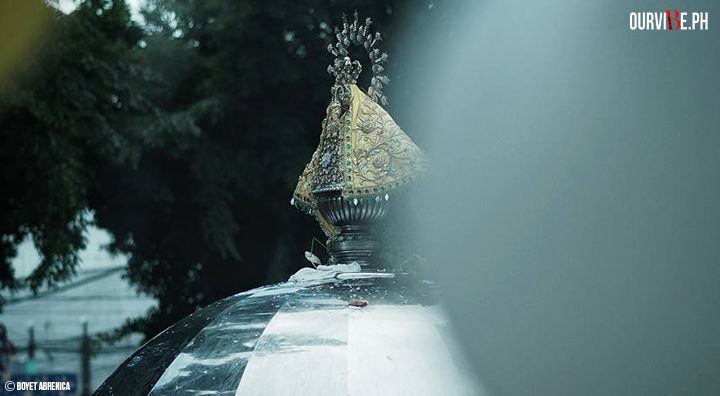 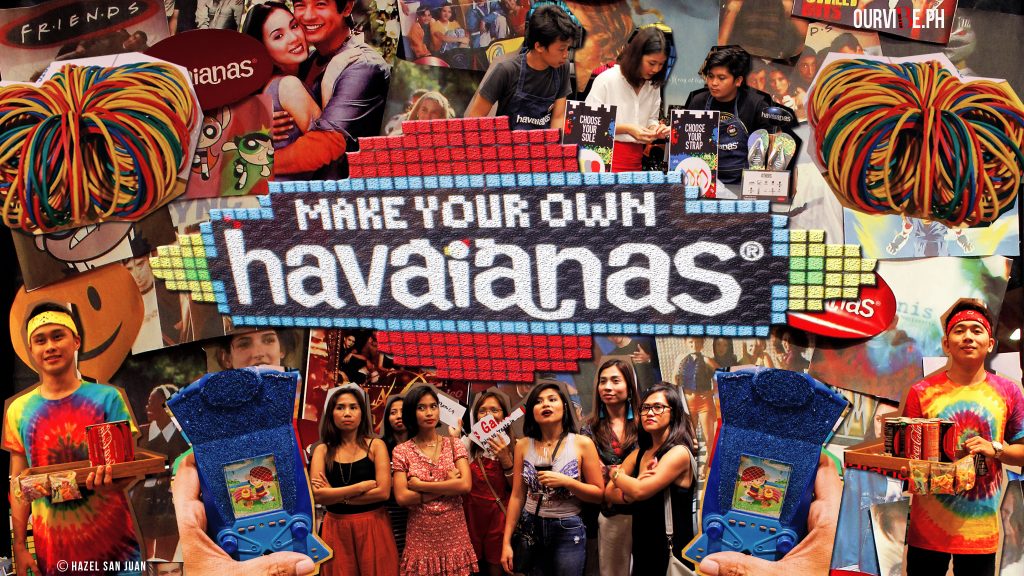 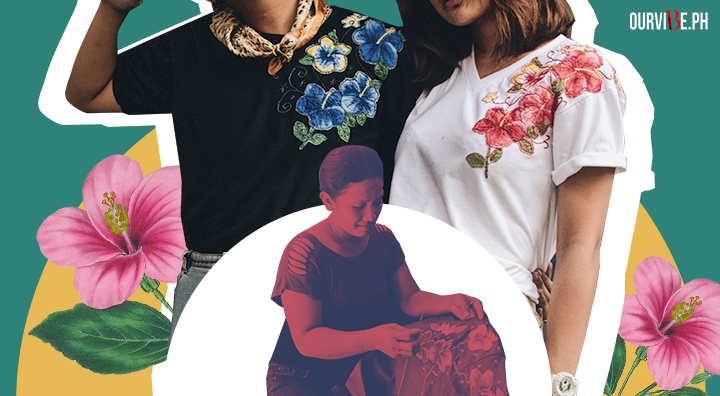 Arts & Culture
The T-Shirt gets a remarkable facelift by the women-embroiderers of Baao, Camarines Sur 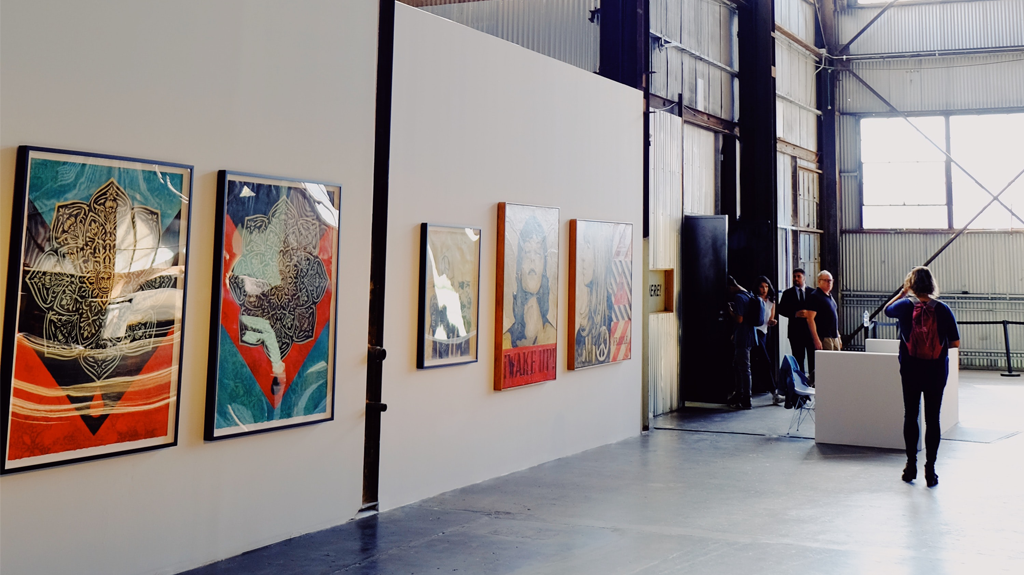 Sining, Siram: What To Expect At The Salingoy Art Exhibit at Que Pasa Naga

Arts & Culture
February is, of course, the January for the country’s Art scene. Called the National Arts Month, shows all over are mounted with visitors to rival international biennales and trade art shows.   At Que Pasa Naga, we’re fusing Food and Art in Sining, Siram in partnership with Salingoy Art Group. Visit the Bicolano-Spanish restaurant at …

Sining, Siram: What To Expect At The Salingoy Art Exhibit at Que Pasa Naga Read More » 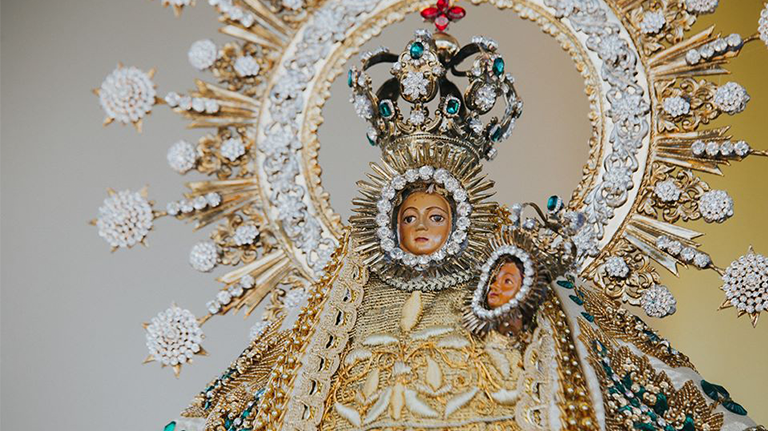 [WATCH] Bicol’s Queen Mother, Our Lady of Peñafrancia, On Film 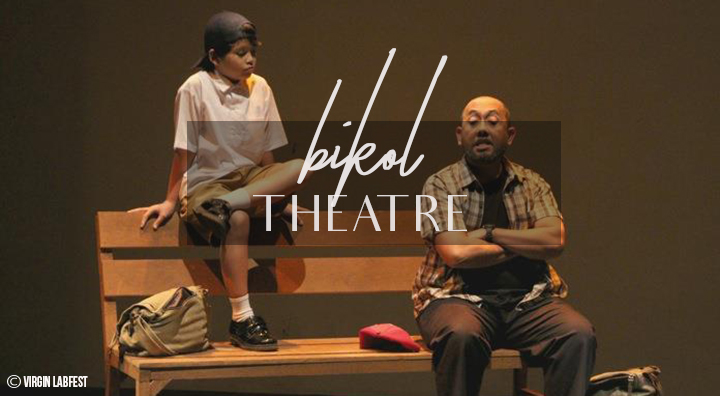 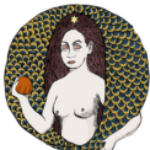