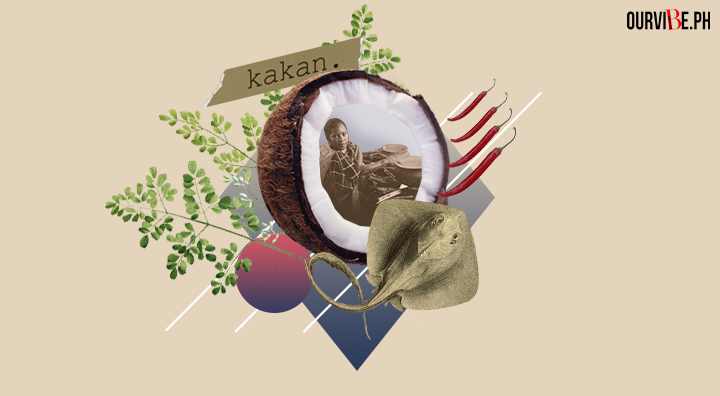 I was to develop a food concept that aimed at elbowing the evolution of Bicol cuisine and dining into the future while hinting at a Hispanic past. My first day in, my hosts took me around and introduced me to the city’s stories and histories: Naga was a place with a strong affinity for things Spanish; once upon a time it was known as Nueva Caceres, one of the four royal cities in the colony. Along with Spain’s children, came the Church and  her churches, making Naga a tropical nexus of crown and cross. Apart from edifices, faces of faint caucasian color and contour are also noticeable among the indigenes—Indio genes tinged with presumably ecclesiastic ancestry.

I also found out that it has a plaza with meretricious merits (boasted about by the natives, but pitiably, limited to my imagination), loquacious locals, an intellectual climate that is intrinsically Jesuit, coteries of jesuitic intellectuals, and a volcano bound to the background—the Bicol I witnessed though is not of elegant Mayon, but of her cousin, irenic Isarog.

Free time from work allowed me to go around and breathe the place in, to discover. Magsaysay’s Chef Doy’s serves crisp local favorite Nora Aunor. Like the actor’s physical attributes, the delicacy is dark and dainty. Apparently in Bicol, Nora Aunor isn’t only an apotheosis whose image elicits equal devotion to their patroness, the Nuestra Señora de Penafrancia, Nora Aunor is a dish of fried dried fish as well.

The adolescent sophistication of Magsaysay’s cluster of restaurants and watering holes  is arrested by the armature of rural allure. In a neighborhood near perpendicular Dayangdang Street, stands Tsa Kamot. Tsa Kamot serves kinalas, a noodle soup akin to mami, batchoy, and their other soupy kin. Kamot in Bicol is hand, and Tsa Kamot’s noodles are manipulated and cut into bowls with manual mastery. Kinalas carinderias are a dime a dozen, and while most kinalas uses stock from a swine’s skull, Tsa Kamot’s uses beef broth, of course, with MSG. On tables slick with grease and sticky with grime, loyal kinalas clientele slurp and savor; their fingers anointed with oil from calamansi and dried patis crystals from plastic cruets.

On Dayandang itself is Escalante’s Bulaluhan. Though it is easier to surrender to the marriage of marrow and melting cartilage, the real pleasure lies in savouring their santol. A souring agent or astringent simmery snack on its own, santol cooked with coconut milk and fresh spices and dinailan shrimp paste is common to the Bicol table. Escalante’s however deviates from the aromatic norm by serving a santol asyndeton bereft of the often perfunctory garlic, onion, and ginger that naturally string ingredients together. The difference in practice is understated; the effect elevated.

Weeks of enterprise and nights of ennui cultivated a dependence for the local cuisine as anodyne. I looked forward to versions of natong with parochial claims and caveats on which town or whose cook makes it better; permutations of flavors and savors inspired and lingered in my stranger imagination.

One day, I observed the making of kinunot, a preparation which I’ve developed a taste for. Sliced stingray flesh was gently simmered in vinegared water and shredded. It was then squeezed with the hope of exorcising the meat of ammoniac devilry. Over gentle heat, the shreds of stingray and its dark skin, unctuous and gelatinous, were coddled in coconut’s cream alongside malunggay , ginger, sili, and more vinegar until amiable.

I learned this much: vinegar or calamansi illuminates. The virtue of vinegar is largely taken for granted in renditions of Bicol food outside Bicol. In uninitiated kitchens, laings and Bicol Expresses are prepared and eaten sans acidity thus calling attention to gata’s cloying qualities; the result is usually nauseating. In cooking, they add a splash whenever coconut is used to obtain balance. Even in post-cooking, suka or limon provide pleasurable counterpoise as condiment and accompaniment.

Tinutungan, on the other hand, taught me the wisdom of whispering. The dish calls for a soft breathe of smoke, too much and it becomes too loud—distracting. The attraction is in the ingenuity of burning uring only to an extent of subtle suggestion.

The time I spent in Naga, too, was mere suggestion. It wasn’t enough to know the place properly. I know more about its food and its people than before—enough to say that the discord I once had has been disregarded for distended fondness and anticipation of visits to come. 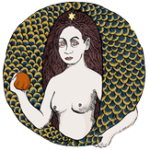