Who Should Voice Daragang Magayon In A Pixar/Disney Animated Feature Film? 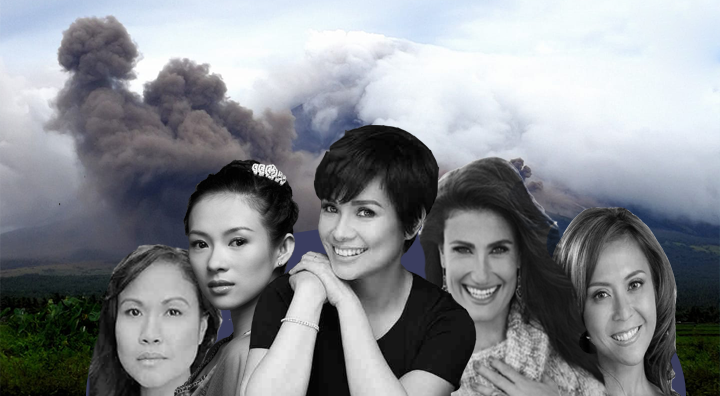 Our recent weeks revolved around a vivacious volcano located twelve hours south of Manila. By the time you’re reading this, she has quieted down after a tumultuous series of phreatic eruptions, luminescent lava at night, and the same poetic mood every Polynesian island situated around the ring of fire ever felt. Rain fell for days, and we bore as witnesses to Mayon’s magnificent display of temper.

Which is why we all have to talk about a photo that’s been circulating online lately. To some, it’s what’s left of her slow, languid eruptions—a cloudy heap of gray, peppery ash. To many, it’s a mystical visual aid to a love affair written long ago in and handed down from one generation to another.

It’s a classic, this story of love, for it pertains to the usual plot one would hear of from contemporary screenplays. He loves her, she doesn’t love him, a painful truth because her heart belongs to someone else. The love triangle seems to echo in the volcano’s perfect triangular shape. Daragang Magayon, or ‘Beautiful Lady,’ sits at the center of two men: Pagtuga, which means ‘to erupt,’ and ‘Panganoron,’ which means ‘clouds,’ is the exact dichotomy of fiery and cool, raucous and calm.

But we’re not just here for the Olivia Lamasan references of a love so true that it endured the fiery pits of hell. We’re here for her.

In a nutshell, our adoration for her disfigured crater, rocky terrain, and metaphoric audacity seems to spring from our love for the femme fatale. The archetypal strong, sassy woman. Contemporary mindset favours the bold, the daring Moana who breaks through breakwaters, defies the world in Loy Arcena’s MMFF 2018 Cinderella story Ang Larawan, with the strength and agility of a Gal Gadot as Wonder Woman.

For now, we’ll lie in our beds dreaming of a Disney/Pixar pixie dust falling on our heads, waking up to a film about a Disney Princess from the Philippines whose last words were “I Lava You.”

1. Lea Salonga
You saw her as: Kim in the hit musical Miss Saigon, as the singing voice of Disney’s Mulan and Jasmine

No need for practice, guys. If she nailed two Disney Princesses in a span of twenty years, she can nail this role.

2. Zhang Ziyi
You saw her as: the Suzuka Ohgo in Rob Marshall’s Memoirs Of A Geisha, and as Xiao Mei in House Of Flying Daggers

Because her theater scene in Arthur Golden’s Memoirs Of A Geisha spell F-I-E-R-C-E. We’re not sure if she could sing, but that face.

We prayed endlessly for the 2017 MMFF to give out two Best Actresses awards(one for Joanna Ampil and one for Rachel Alejandro’s moving portrayal of Candida), but our prayers didn’t work. This might be her chance.

4. Idina Menzel
You saw her as: Elphaba in the hit musical Wicked and as the icy voice of Elsa in Disney’s Frozen.

From Elphaba to Elsa to El Magayon. We think she fits the bill.

5. Joan Almedilla
You saw her as: Fantine in Les Miserables and as Kim in Miss Saigon

As one of the many Filipinas who followed suit at Lea’s Broadway success, her beautiful jawline and golden morena skin definitely fits the criteria. 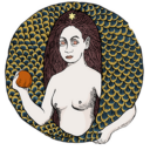 Paquito hates weddings. He sucks at attending weddings because he cries at the littlest of the beautiful details. When he found out Bicol is having its first wedding fair, he was in awe at the beauty of this gang.